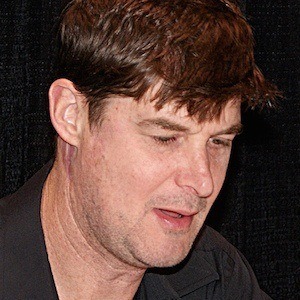 Artist and animator most widely known for the Earthworm Jim franchise which spawned a video game series, cartoon show, and toy line. He has also written for well-known series like Adventure Time, Veggie Tales, and Spongebob Squarepants.

He earned his bachelors in art from Point Loma Nazarene University and followed with his masters from California State University Fullerton.

Outside his video games, comic books, and cartoon series, he has also done cover art for Five Iron Frenzy and wrote the 1998 children's book The Strange Children's Chronicles.

He married Angie TenNapel in 1995.

He was the creator behind Catscratch, a show featuring the voices of Wayne Knight and Rob Paulsen.

Doug TenNapel Is A Member Of