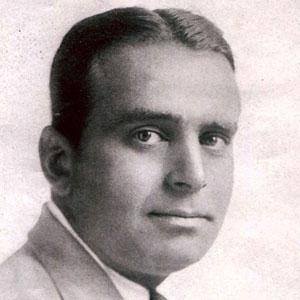 Silent screen idol who starred in the 1920 film, The Mark of Zorro and hosted the first Oscars Ceremony. His other credits include The Thief of Bagdad and Robin Hood.

He had many interests, including painting, sculpting and business.

He was the 'silent screen' father of his 'talking pictures' son, actor Douglas Fairbanks Jr..

His marriage to actress Mary Pickford in 1920 made them Hollywood's first celebrity couple.

He was known as the 'King of Hollywood' before the title was given to Clark Gable.

Douglas Fairbanks Sr. Is A Member Of