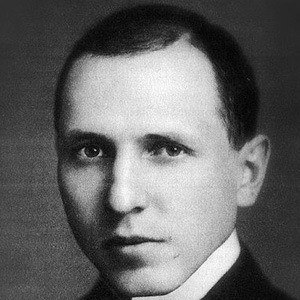 An American historian, author, and Pulitzer Prize recipient, he is best known for his biographies of George Washington and Robert E. Lee. He also had a three-decade-long career as editor of The Richmond News Leader.

He earned a Ph.D. in History from Johns Hopkins University when he was just twenty-two years old.

He was one of the foremost experts on the history of the Confederacy and wrote numerous books on the subject.

He was born in Lynchburg, Virginia, and he later moved to Richmond, Virginia. With his wife, Inez Goddin (whom he married in 1914), he had three children.

He won a Pulitzer Prize in 1935 for his four-volume biography of Robert E. Lee.

Douglas Southall Freeman Is A Member Of