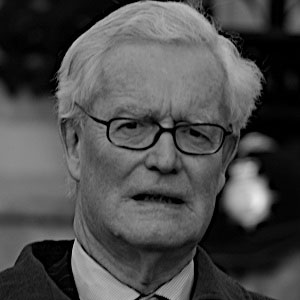 After earning a degree in history from Trinity College, Cambridge, he held U.K. diplomatic posts in Italy, China, and the United States. He entered politics in the 1970s as a Member of Parliament for Mid Oxfordshire.

A writer as well as a politician, he published a nonfiction work titled The Search for Peace (1997) and several thrillers, including Scotch on the Rocks (1971) and A Vote To Kill (1975).

Before divorcing in 1982, he and his first wife, Tatiana, became parents to three sons. Hurd's second marriage, to his one-time political secretary Judy Smart, produced a son and a daughter and ended with Smart's death of cancer in 2008.

Douglas Hurd Is A Member Of