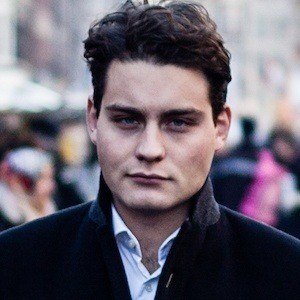 Dutch singer-songwriter and the Netherlands' 2016 Eurovision Song Contest representative, who rose to prominence by winning De beste singer-songwriter van Nederland. His first two albums both charted in the Top 10.

He first started playing piano at the age of six and his musical passion led him to pick up the guitar at 14. He competed on De beste singer-songwriter van Nederland in 2012.

He has a social media presence on Instagram, where he often posts pictures of him horseback riding to more than 160,000 followers.

He was born to Ellen Benard and Simon Posthuma and has identified as bisexual.

He and Anouk collaborated on the single "Hold Me."

Douwe Bob Is A Member Of