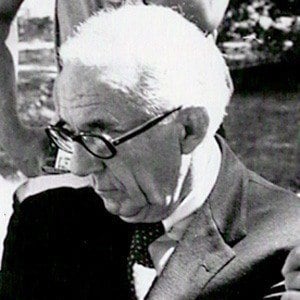 An American pediatrician, he wrote the bestselling book, Baby and Child Care (1946), which helped raise a generation of Baby Boomers. His later works include Dr. Spock Talks With Mothers (1961) and A Teenager's Guide to Life and Love (1970).

He studied history and literature at Yale and was part of the Olympic rowing team, winning the gold medal in the 1924 games in Paris. He later graduated from Columbia University's College of Physicians and Surgeons.

His writings encouraged parents to treat their children as individuals.

He was the oldest of six children born to a Connecticut family of Dutch descent. He married Jane Cheney during medical school; together, the couple had two sons, Michael and John.

He ran against President Richard Nixon in 1972 as a member of the People's Party.

Benjamin Spock Is A Member Of