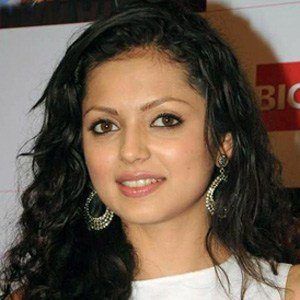 She appeared regularly in television advertisements before her career began to take off.

She was born in Mumbai, India and raised with a brother named Jaisheel Dhami. She married Neeraj Khemka in 2015.

She joined Karan Singh Grover on Dill Mill Gayye in 2007.

Drashti Dhami Is A Member Of