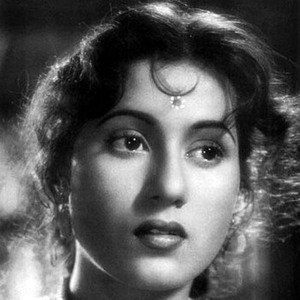 Her first film appearance was in the 1942 Basant, as Mumtaz Jehan Dehlavi. Her co-star Devieka Rani advised her to change her name to Madhubala, which means "woman of honey."

At the height of her popularity, every film she starred in became a success, and she began receiving invitations from Hollywood.

She had a long and tumultuous relationship with actor Dilip Kumar. She ultimately married another man, actor Kishore Kumar.

She was called the Marilyn Monroe of Bollywood, achieving the same kind of iconic status in her native land.

Madhubala Is A Member Of