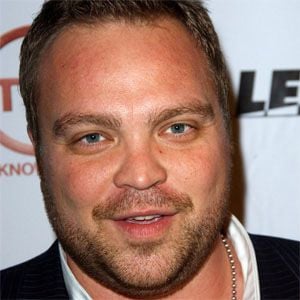 Most Popular#54243
Born in Noblesville, IN#1
Actor Born in Indiana#24
Capricorn Named Drew#8

American actor who played the role of Hoss Cartwright in the series Ponderosa from 2001 until 2002. He was later cast to play Butch Gilzean on FOX's Gotham. He has also appeared on telvision series such as Malcolm in the Middle and Leverage.

He graduated from DePauw University in 1998 and moved to Los Angeles to pursue acting.

He played the role of Bic in the 2011 film Straw Dogs.

He co-starred with Alexander Skarsgard in the 2011 film Straw Dogs.

Most Popular#54243
Born in Noblesville, IN#1
Actor Born in Indiana#24
Capricorn Named Drew#8

Drew Powell Is A Member Of

Gotham
The Marine
The Dangerous Book for Boys
Touchback