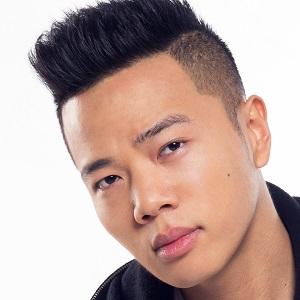 2009 finalist of Hungarian's Got Talent who established his own dance school called R3D ONE in January 2012. Three years later, the school consisted of 300 dancers all together. Besides his own dance videos, he competes with a crew called R3D ZONE.

He started dancing at the age of 11 and soon after decided that dancing is what he wanted to do professionally.

World of Dance Network noticed him on YouTube and signed him to a contract. He has had the opportunity to choreograph for many shows and events, including the VIVA COMET Awards, Hungarian Idol, fashion shows and music videos for many Hungarian artists.

He was born in Hanoi, Vietnam. At the age of 6, he moved with his mom and sister to the capital of Hungary, Budapest.

Duc Anh Tran Is A Member Of