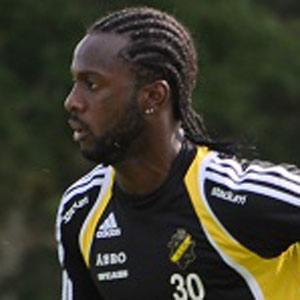 Liberian soccer player who has played for Swedish Superettan club IK Brage as a midfielder.

He signed a 3-year contract with Maccabi Tel Aviv in 2008.

He was arrested in Sweden in 2008 for drunk driving, but was later found not guilty.

He is the son of former Liberian soccer player and manager Josiah Johnson.

He and George Weah are both famous soccer players from Liberia.

Dulee Johnson Is A Member Of