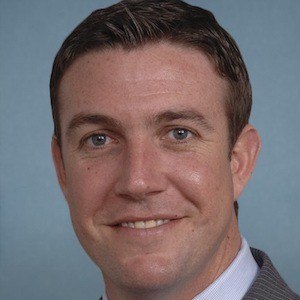 Republican politician who became a Member of the US House of Representatives in 2009. Throughout his political career he has voted with the Republican majority 88.7% of the time.

The day after the September 11 attacks, Hunter quit his job as an information technology business analyst and joined the U.S. Marine Corps.

He is one of the few members of Congress to have served in both Iraq and Afghanistan.

He has three children with his wife Margaret.

He opposed the repeal of Don't Ask, Don't Tell, and advocated for delaying the repeal after it was ratified by U.S. President Barack Obama .

Duncan Hunter Is A Member Of