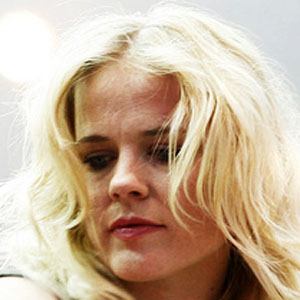 Dutch country music and pop singer whose 1998 debut album, World of Hurt, won her an Edison Award and a TMF Award in 1999.

She started as a lip-synching artist when she was eight years old, which won her many local contests before she performed with a duo called Joop Liefland.

Her 2007 song "I Love You" was featured on the soundtrack to the Dutch adaptation of Steel Magnolias.

She was born into a Dutch family and has spent time in both the United States and the Netherlands. She began dating drummer Bart Vergoossen.

She featured a cover of Patty Larkin's song "Lonely Too" on her debut album.

Ilse Delange Is A Member Of