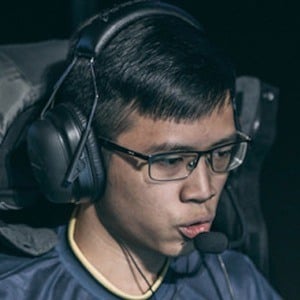 Professional Fortnite gamer who is famous by his Kinstaar gamertag. He signed with Team Solary in February 2018, and finished as the winner of the DreamHack Tours 2018 tournament.

He began his professional Fortnite gaming career upon signing with Oserv Esport in December 2017.

He competed at the E3 Celebrity Pro Am Fortnite gaming tournament in June 2018. He finished as the runner-up during the day's first two major matches.

He was originally born and raised in Switzerland.

He played alongside the likes of Fallout Boy guitarist Pete Wentz during the E3 Celebrity Pro Am Fortnite tournament.

Duong Huyh Is A Member Of