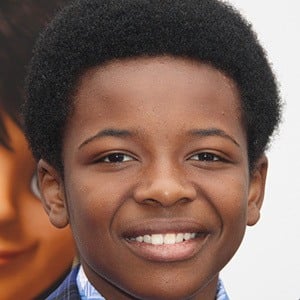 Actor who has gained fame for his time voicing Beshte on the Disney Channel animated TV series The Lion Guard throughout its entire run beginning in 2016. He has also voiced AJ on the Nick Jr. TV series Blaze and the Monster Machines.

He earned his first on-screen credit for his work in the 2008 film Desertion.

He has voiced with Rob Lowe on the Disney Channel original TV series The Lion Guard.

Dusan Brown Is A Member Of