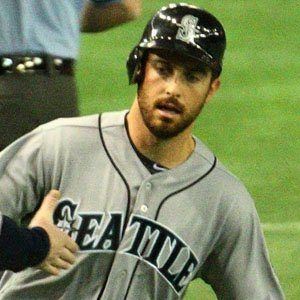 University of North Carolina baseball star who joined the Seattle Mariners as their starting second baseman in 2011.

Playing baseball for UNC, he set a single-season record with 119 hits, 296 at-bats, and 73 games played.

After getting called up from the Mariners AAA team in June 2011, he needed only a day to record his first major league home run, and two days to hit his first triple.

He was born in Winston-Salem, North Carolina.

He reminded Seattle Mariners of Bret Boone, another great second baseman for the team, when he first entered the major leagues.

Dustin Ackley Is A Member Of