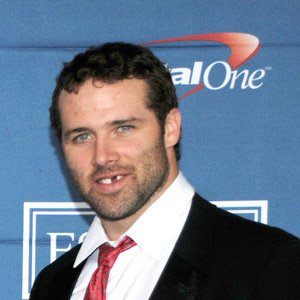 NHL winger who won a Stanley Cup Championship with the Anaheim Mighty Ducks in 2007 and with the Los Angeles Kings 2012.

He was never drafted, but rather signed as an entry-level player with the Ducks' organization.

He became the first hockey player from his college, the University of Maine, to win the Stanley Cup.

He became an intern with Conan O'Brien during the 2012 NHL lockout.

Dustin Penner Is A Member Of