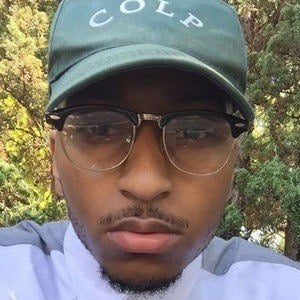 Working alongside his fiancee Jasmine, he is a personality behind the popular YouTube channel Dwayne N Jazz. Their 2.4 million subscribers watch them react to various topics and personalities from the web and pop culture.

Before he and Jasmine launched their channel in March of 2016, he was working full-time in a security position. He continued to do so even with early YouTube success.

He created a self-titled side channel where he posted a first attempt at an original song which he called "Arrogant." He and Jasmine had a gaming channel as well called Couples Gaming.

He and Jasmine live in Maryland. He previously lived in Brooklyn, New York. He and Jasmine started dating in November 2014 and got engaged in September 2020.

He and Jasmine have had KingVADER on their channel as a guest reactor.

Dwayne Kyng Is A Member Of