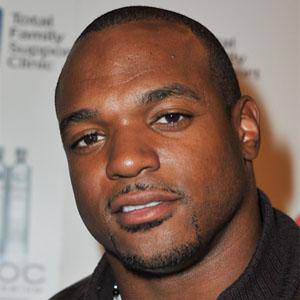 Defensive lineman for the Indianapolis Colts from 2002 to 2012. He played in 7 Pro Bowls and helped the team win Super Bowl XLI.

During high school, he was a star in baseball, basketball, football, and even soccer; earning letters in all of them.

He recorded double-digit sacks on seven occasions for the Colts, with a season-high of 16 in 2004.

His brother, Hugh, played football but became a math teacher.

He played football for the Syracuse Orangemen, just like Donovan McNabb.

Dwight Freeney Is A Member Of