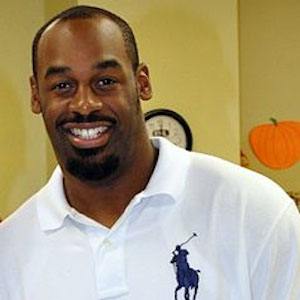 Former Philadelphia Eagles quarterback who led the team to five NFC Championship games as well as Super Bowl XXXIX, where they were defeated by the New England Patriots. He set a number of franchise records and his #5 was retired by the Eagles.

His mother and father appeared as themselves in Campbell's Chunky Soup commercials with Donovan.

He married Raquel Nurse in 2003, and the couple had their first child, a daughter named Alexis, in September 2004. Their other three children are twins named Sariah and Donovan Jr. who were born in 2008 and Devin James who was born the following year.

Running back Brian Westbrook lined up behind him for a number of years on the Eagles.

Donovan McNabb Is A Member Of