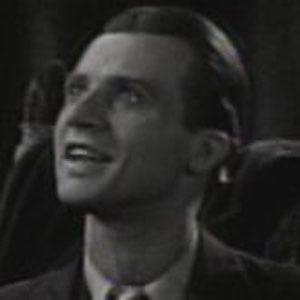 American actor known for his deathly stare which garnered him several roles in horror classics such as Frankenstein (1931), The Invisible Man, and Bride of Frankenstein. His most prominent role may be that of Renfield in the 1931 version of Dracula.

One of his earliest roles came in 1924 when he played the Son in Six Characters in Search of an Author. He started acting in 1922.

He played Wilmer Cook in the original 1931 version of The Maltese Falcon.

He was married to Laura Mae Bullivant from 1928 until he passed away from a heart attack while riding a Hollywood bus in 1943.

He was a supporting actor to Erich Von Stroheim's lead role in The Crime of Dr. Crespi.

Dwight Frye Is A Member Of