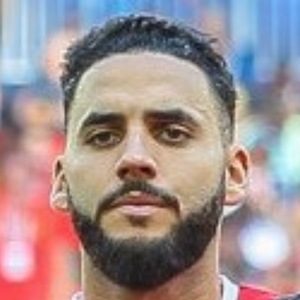 French-Tunisian soccer player who has gained playing defender for teams such as Gent, Chamois Noirtais, and Cannes. He has also played for the Tunisian national team.

He first began playing professionally for his home club, Cannes in 2013.

He scored his first international goal against Belgium in the 2018 FIFA World Cup.

He was born and raised in Cannes, France.

He posted a picture of himself tackling Harry Kane in June 2018.

Dylan Bronn Is A Member Of