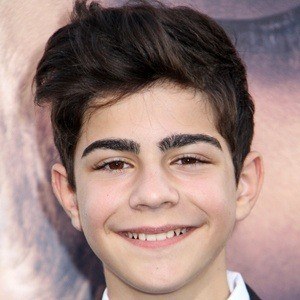 Aussie actor who made a name for himself portraying Orhan in the 2014 Russell Crowe war film The Water Diviner.

Growing up in a performing family, he was a talented pianist and singer from an early age and even dabbled in songwriting.

Outside his acting skills, he is a passionate martial artist and even earned his black belt in karate.

He and his older brother Jesse were born to Petros and Debbi Georgiades. His father is a recording engineer and his mother is a singer.

He made his onscreen debut in 2012 in Kath & Kimderella alongside Jane Turner.

Dylan Georgiades Is A Member Of