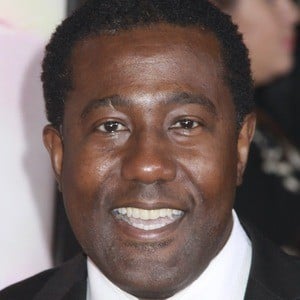 Television actor who is widely recognized for his portrayal of Paul on AMC's zombie drama The Walking Dead. He also appeared on the series The Shield. In 2020, he began playing the character Heyward on the Netflix series Outer Banks.

He studied English and drama at Claflin University in South Carolina.

He was cast as Detective Sergeant Morris in the 2018 film American Woman.

He was cast on The Walking Dead which starred Andrew Lincoln.

E. Roger Mitchell Is A Member Of