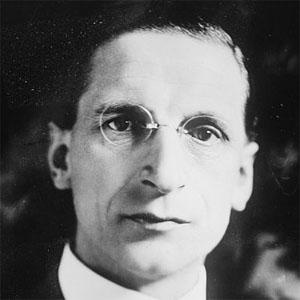 Leader of the Irish independence movement who was the third President of the newly-independent country from 1959 to 1973. His tenure was marked by economic and cultural stagnation.

He was the ringleader of the failed Easter Uprising in Dublin, where he was spared execution only because of his American nationality.

Joining Ireland's revoltionary movement in 1913, he became the president of the separatist Sinn Fein party, the political wing of the IRA.

He was born in New York City, the son of Irish and Spanish parents, and moved to Ireland at age 2.

Gerry Adams was the leader of the Irish Republican Army, fighting alongside de Valera for Home Rule.

Eamon De Valera Is A Member Of