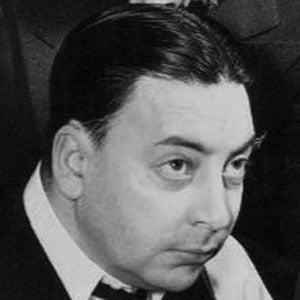 American journalist best known for his syndicated column It Happened Last Night (later titled Last Night With Earl Wilson). In 1971 his book The Show Business Nobody Knows was published and chronicled the Broadway scene of his day.

He obtained his Bachelor of Science in Journalism from Ohio State University in 1931 and his column for the New York Post began in 1942.

He appeared in several films as himself, including Copacabana and A Face in the Crowd.

He had one son, Earl Wilson Jr, who became a musical theatre writer.

He wrote a controversial unauthorized biography of Frank Sinatra.

Earl Wilson Is A Member Of