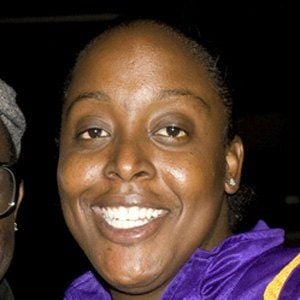 Wing player who made her WNBA debut in 2008 for the Indiana Fever, and was the WNBA's Most Improved Player in 2008.

She played college basketball at USC, before being selected 9th overall in the 2004 WNBA draft.

In 2011 she signed with her hometown Los Angeles Sparks.

She family is of Sierra Leone descent.

When she joined the Sparks she became teammates with Candace Parker.

Ebony Hoffman Is A Member Of