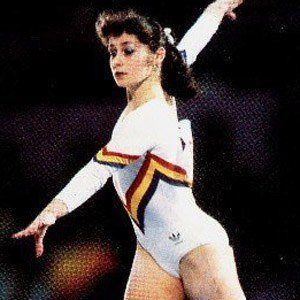 She began gymnastics at the age of five.

She won a total of 20 Olympic, world and continental medals in her career.

She married Christian Tamas in 1991 and the couple has two children.

She excelled in the 1984 Olympics when Carl Lewis made his first Olympic appearance.

Ecaterina Szabo Is A Member Of