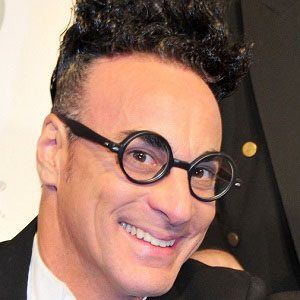 Notable as both a magician and an actor, this California-based entertainer performed a popular magic show called "Ed Alonzo's Psycho Circus of Magic and Mayhem" and appeared in twenty episodes of Saved by the Bell.

His talent for magic was evident even during his high school years; he once performed a solo magic show for his schoolmates that included eight large-scale magic tricks and thoroughly captivated his audience.

His television credits include guest star roles on Murphy Brown, Head of the Class, and Full House.

He grew up in Bakersfield, California, as a member of a Mexican-American family.

He planned the magic-based elements of Britney Spears' The Circus Starring Britney Spears tour and was planning Michael Jackson's This Is It tour at the time of Jackson's death.

Ed Alonzo Is A Member Of