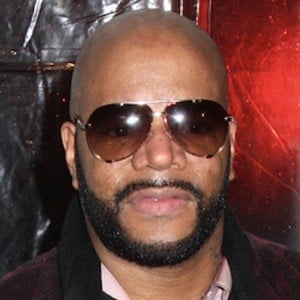 He was part of a hip hop collective called No Face, serving as a main producer.

He launched a YouTube series called "C'mon, Son!" He put out a 1994 album called Back Up Off Me which was certified Gold.

He was born in Hollis, New York.

Ed Lover Is A Member Of