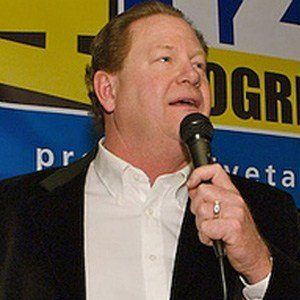 Political commentator and host of MSNBC's The Ed Show and talk radio's The Ed Schultz Show.

He began his broadcasting career working as a sportscaster for two TV stations in North Dakota.

He attended Minnesota State University Moorhead on a football scholarship.

He married his second wife, Wendy, in 1998. He had one son named Dave.

Like Rush Limbaugh, he became a radio talk show host.

Ed Schultz Is A Member Of