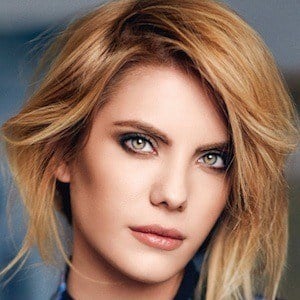 Turkish actress who has appeared in TV shows such as Iliski Durumu: Karisik and Beni Böyle Sev. She can also be seen in the film The Husband Factor, which was released in 2015.

She attended the Sisli Progress High School and then went on to study psychology at Istanbul Bilgi University.

She is fluent in both German and English as well as Turkish. She has received two Golden Star nominations from Turkey Youth Awards. She has a dog named Pero. In 2022, she appeared on the cover of the Turkish magazine Marie Claire.

She hails from Istanbul, the largest city in Turkey. She and Ferman Akgül have been together since 2013.

In February 2016, she posted a tribute to one of her idols Audrey Hepburn to her Instagram account.

Eda Ece Is A Member Of