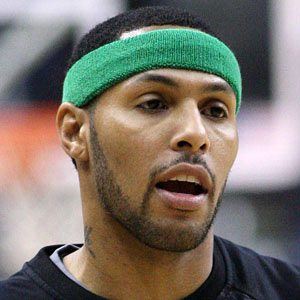 NBA point guard and shooting guard known for his three-point stroke; played for several teams, including the Boston Celtics and the Miami Heat.

He was an All-Eastbay high school basketball player.

He won his only NBA Championship with the Boston Celtics in 2008.

He was raised with two brothers.

Eddie House Is A Member Of