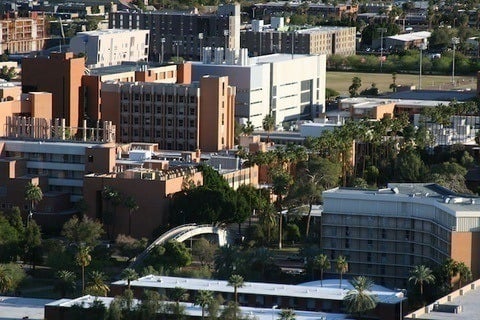 With five campuses across the metro Phoenix area, including the most prominent campus in Tempe, it is one of the largest universities in the United States, hosting over 70,000 students annually.