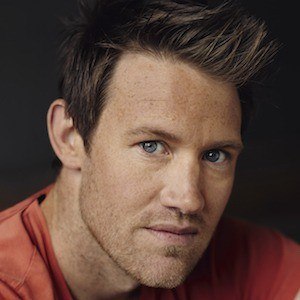 Actor, writer, and singer best recognized for his portrayal of Mick Holland on the Channel Ten series Offspring, a critically acclaimed comedy where he has been known for perform his own original music. He has also released a number of solo albums.

After graduating from St Bede's College in 1995, he went on to earn a bachelor's degree at Western Australian Academy of Performing Arts in 2001.

In October 2015, he became a judge on the popular reality competition series Australia's Got Talent.

After marrying Lucy Cochran, the sister of composter Julian Cochran, in 2009, he had two daughters, Kitty and Lottie Lux.

He authored the award-winning musical comedy Shane Warne: The Musical, a biographical stage production based on the renowned Australian cricketer.

Eddie Perfect Is A Member Of