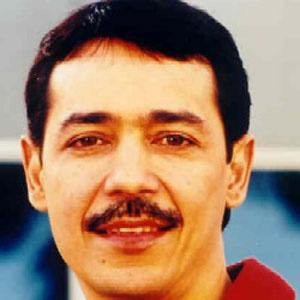 Grammy Award-nominated salsa singer who was signed to Rodven Records.

He got his start in the industry by performing with the group Generación 2000 when he was a teenager.

He has had many songs hit the top ten for U.S. Latin Songs chart, like "Lluvia."

He was born and raised in Toa Alta, Puerto Rico.

His song "Black is Black" was featured on the Nacho Libre soundtrack, which starred Jack Black.

Eddie Santiago Is A Member Of