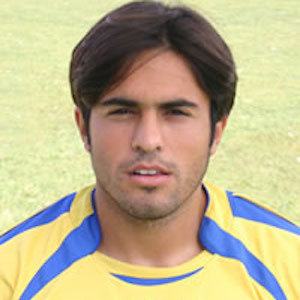 Brazilian-born Italian international striker who played for Italy during their 2016 run to the European Championship semifinal. He's played domestically in Serie A with Sampdoria and Inter Milan.

He grew up playing for Criciúma in his native Brazil before signing with Italian club Empoli in 2005.

He first debuted for Italy in 2015 during their Euro 2016 qualifying matches. He earned Man of the Match honors during the Euros after Italy beat Sweden.

He qualifies for Italy's national through both his great-grandfather's nationality and his own citizenship, gained through residency in the country.

Roberto Mancini was critical of Éder's inclusion on the Italian team, but coach Antonio Conte defended the decision by citing other foreign-born players who've represented Italy.

Éder Citadin Martins Is A Member Of