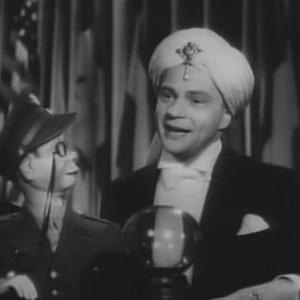 Father of Candice Bergen, who was the ventriloquist of dummy, Charlie McCarthy. The duo had their own show as part of The Chase and Sanborn Hour.

He taught himself ventriloquism from a pamphlet at age 11 and had Charlie created by a Chicago woodcarver.

He made headlines around the world due to his popularity on radio as a ventriquilist, which was very rare.

He married Frances Westerman in 1945 and stayed with her until he departed.

Edgar Bergen Is A Member Of