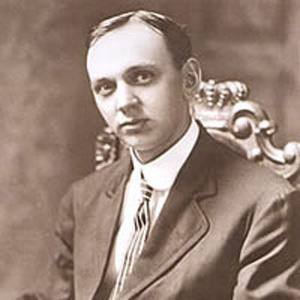 American psychic and clairvoyant who founded the New Age Movement and was an influential teacher of healing and theology. He was best known for his trance readings where he would interpret the dreams and past lives of individuals while in a sleep-state.

He worked menial jobs after leaving the farm to pursue his spiritual vocation.

He founded the Association for Research and Enlightenment, which is a nonprofit organization.

He got married to Gertrude Evans on June 17, 1903 and had three children with her.

Unlike Uri Geller, who failed to demonstrate his claimed psychic abilities in public, Cayce was able to heal many sick people through my readings.

Edgar Cayce Is A Member Of