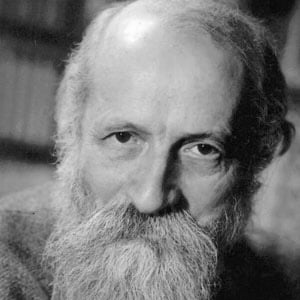 Jewish theologian who said, 'An animal's eyes have the power to speak a great language.' He was related to Karl Marx.

He was inspired to study philosophy after reading Immanuel Kant, Soren Kierkegaard, and Friedrich Nietzsche, which led to his personal crisis with Jewish religious customs.

He became well-known for his studies in religious existentialism, particularly the philosophy of dialogue and started translating the Hebrew Bible into German in 1925.

He met his future wife Paula Winkler in 1899. The couple was together until her death in 1958.

He stepped down from his position as honorary professor at the University of Frankfurt am Main as soon as Adolf Hitler came into power.

Martin Buber Is A Member Of