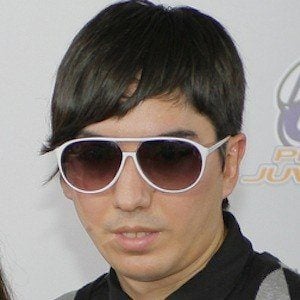 Keyboardist best known as a member of the award-winning Mexican electropop act Belanova, with whom he began performing in 2000. He and the band hit it big in their home country with multi-platinum albums like 2005's Dulce Beat and 2007's Fantasía Pop.

He played his first keyboard as a very young child. He met the other members of Belanova at a bar in his hometown of Guadalajara, Mexico.

He has produced music for other Mexican artists, including Telefunka and Bureau Sputnik.

He has been bandmates with singer Denisse Guerrero in Belanova.

Edgar Huerta Is A Member Of