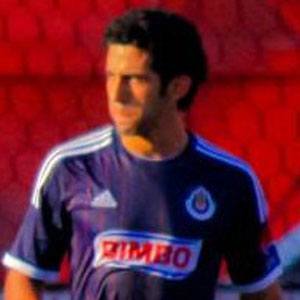 Mexican soccer midfielder known as El Chore. He broke into the MLS with Chivas USA in 2013, while on loan.

He began his professional career with Mexico's Guadalajara in 2006.

He was born to Jose and Louse Mejia.

He and Carlos Bocanegra both joined Chivas USA in 2013.

Edgar Mejía Is A Member Of