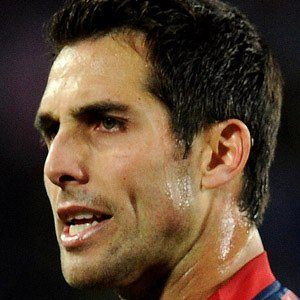 Center back who was a member of the US national team from 2001 to 2012. He began his professional career with the Chicago Fire in the MLS in 2000 then went on to play professionally in France, Scotland and England before returning the the MLS with Chivas USA in 2013.

He grew up with a brother named Diego.

He joined Landon Donovan on the US national team in 2001.

Carlos Bocanegra Is A Member Of