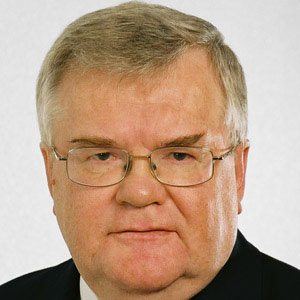 Estonian politician who was one of the founding members of the Popular Front of Estonia, a broad coalition of political leftists and centrists.

He studied history at the University of Tartu, where he graduated in 1973.

He became Mayor of Tallinn, the capital of Estonia, in 2007 after receiving the Order of State Coat of Arms in 2001.

He married and divorced Vilja Savisaar.

He was born in the same country as fellow politician Jurgen Ligi.

Edgar Savisaar Is A Member Of