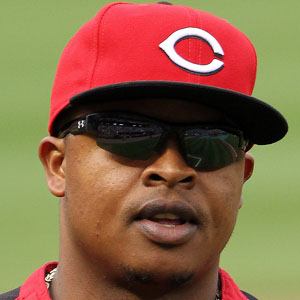 Dominican MLB pitcher best known for his stints with teams like the Cincinnati Reds and Pittsburgh Pirates. In 2008, he made the National League All-Star team as a member of the Reds. In 2015, he signed with the Kansas City Royals and he helped the team win the World Series that same year.

He left the Dominican Republic after being signed by the Texas Rangers as an amateur free agent in 2001.

His name became a source of controversy in 2003 after it was revealed that the name he had been using up until that point, Julio Reyes, was not his real name.

He was teammates with Hanley Ramirez on the Dominican team which played in the 2009 World Baseball Classic.

Edinson Volquez Is A Member Of