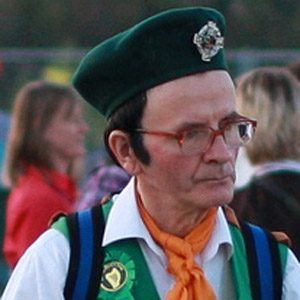 Laicized priest known for promoting his belief that the apocalypse was near in various public venues. He notably danced a soft jig on the reality TV competition Britain's Got Talent in 2009, earning him the nickname "The Dancing Priest."

He was ordained as a priest in 1973 and expressed his apocalyptic beliefs in the book 'A Glorious New World Very Soon to Come.'

He ran out onto the track during the 2003 British Grand Prix carrying a sign that read 'Read the Bible. The Bible is always right.'

He was the second of thirteen children.

He danced a jig on the reality show "Britain's Got Talent", which featured David Williams as a judge.

Neil Horan Is A Member Of