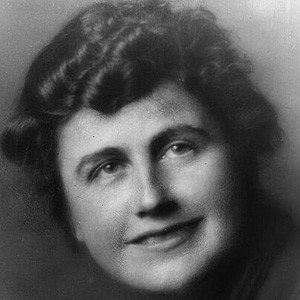 Second wife of President Woodrow Wilson, who was the First Lady of the U.S. from 1915 to 1921. She was an invaluable asset to her husband after he had a stroke in 1919.

She had little formal education after she was fifteen years old and was pulled from schooling due to financial troubles.

She has been called the 'the first female President of the United States.'

She had a prior marriage and had a child, but the husband died unexpectedly in 1908; she met Woodrow Wilson in 1915 but was unable to conceive.

She was the second wife of Woodrow Wilson.

Edith Wilson Is A Member Of