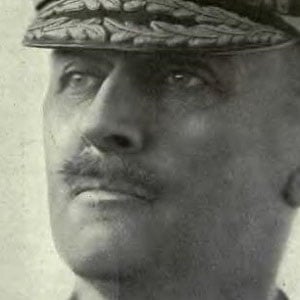 British Army Field Marshal who led England's Egyptian Expeditionary Force during World War I. He had earlier fought in the Second Boer War.

In 1882, stationed in South Africa, he began his military career as a British Army lieutenant.

From 1919 until 1925, he held the office of High Commissioner for Egypt and the Sudan.

He was born in Nottinghamshire, England. He married Adelaide Chapman in 1897.

During World War I, he gave orders to famous British soldier T.E. Lawrence ("Lawrence of Arabia").

Edmund Allenby Is A Member Of