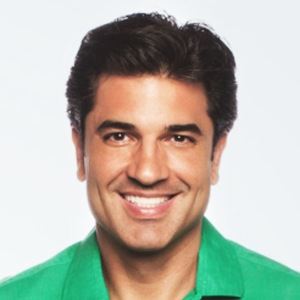 Professional chef who is most recognized for hosting the series' Recipe for Two and Better for You. He is also known for sharing a range of different recipes to his personal website. With a range of meats, sweets, appetizers, and specialty foods, he shares instructions along with photos of the finished products to his Instagram for his over 1.2 million followers.

He began his career as a chef by studying gastronomy in Bologna, Italy. His first television appearance as a chef was on the series Women in 1998. After several different guest appearances on television, he landed his own show in 2005 titled Nowadays.

He was awarded the Spatula D'Argento in Rimini, Italy in 1997.

He was born and raised in Sao Paulo, Brazil. He often posts pictures with his wife Erica Reis to his Instagram.

He starred alongside fellow television presenter Ana Hickmann on the series Nowadays in 2005.

Edu Guedes Is A Member Of