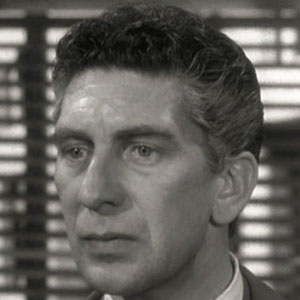 Remembered best for his roles in the 1950s and '60s biblical movies The Ten Commandments and The Story of Ruth, Franz also appeared in episodes of The Joseph Cotten Show, Have Gun - Will Travel, and The Law and Mr. Jones.

Before appearing in his first film -- the 1948 John Wayne feature Wake of the Red Witch -- he had an almost two-decade career as a Broadway performer.

He appeared in 1957 episodes of Crossroads and Wagon Train.

He grew up in Milwaukee, Wisconsin and later lived in New York City and Los Angeles.

In the early 1960s, he appeared in an episode of CBS's The DuPont Show with June Allyson.

Eduard Franz Is A Member Of